The Humboldt Bay area is experiencing the fastest rate of relative sea level rise on the West Coast. That's because tectonic activity is causing the ground beneath the bay is sinking at the same rate the ocean is rising. According to the California Ocean Protection Council's 2018 projections, sea level in the Humboldt Bay area is expected to rise 1 foot by 2030, 2 feet by 2050, and 3 feet by 2060. In late 2021, scientists reported that Antarctica's Thwaites Glacier is likely to collapse within 5 to 10 years, which could result in an additional 2 to 10.8 feet in sea level rise. The primary impacts from sea level rise are increases in flooding and erosion. Sea level rise will expand the area vulnerable to flooding during major storms, as well as in the rare but catastrophic event of a major tsunami.
The term 100-year flood is used as a standard for planning, insurance, and environmental analysis. People, infrastructure, and property are already located in areas vulnerable to flooding from a 100-year event. Sea level rise will cause more frequent—and more damaging—floods to those already at risk and will increase the size of the coastal floodplain, placing new areas at risk to flooding.

Sunday night will bring what is called a super blood wolf moon, the last lunar eclipse of the decade.

The king tides will occur Sunday and Monday and Arcata is urging local residents to take pictures of areas around the bay as the king tides move in an effort to document the water level at high tide.

“The initiative is to get people thinking about what the high tide will look like in the coming years as the ocean rises,” said Jennifer Kalt, director of Humboldt Baykeeper. “Humboldt Bay is experiencing twice the rate of sea level rise as the rest of the state and Jay Patton and his fellow geologists at Cascadia GeoSciences have found that the ground beneath the Humboldt Bay area is sinking due to tectonic subsidence at the same rate that sea level is rising — meaning that this area has twice the rate of relative sea level rise as the state average. Conversely, the coast in the Crescent City area is uplifting due to tectonic activity at the same rate as sea level rise — meaning that there, the rate of relative sea level is essentially zero.”

CLICK HERE to tune in to the audio archive. 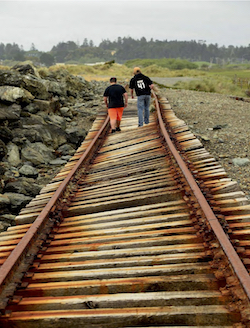 Have you wondered what parts of the Humboldt Bay area are most threatened by sea level rise? According to this new report by Aldaron Laird of Trinity Associates, Highway 101 and 255, as well as the communities of King Salmon, Fields Landing, and Fairhaven could all be under water by 2050. Also at risk are municipal water and wastewater lines, electrical distribution infrastructure, gas lines, fiber-optic communications lines, and approximately 10,000 acres of agricultural land. By 2100, rail lines, marinas, boatyards, and docks will be at risk. How will we plan for the future?

Photo: NCRA railroad tracks behind sea wall, damaged during winter storms of 2015 and 2016.

Details
Will Houston, Times-Standard
In the News
28 January 2018

Humboldt Bay has the highest rate of sea level rise on the entire U.S. West Coast, which within the next century has the potential to inundate thousands of acres of agricultural land, local highways, critical utilities and infrastructure along with entire communities, according to a report published Thursday.

By 2050, three feet of sea level rise could cause Humboldt Bay to expand by 13,000 acres — an increase of more than 60 percent, according to the new report released by Aldaron Laird and Trinity Associates.

The report’s purpose is to inform communities and county planners on how coastal lands will be affected and how the will have to adapt to rising ocean levels.

Sea level rise projections for Humboldt Bay show that water levels will rise about 1 foot by 2030, nearly 2 feet by 2050, more than 3 feet by 2070 and more than 5 feet by 2100, according to the report. Humboldt Bay already has the highest sea level rise rate on the entire U.S. West Coast having risen 18 inches over the last century, according to the report.

“King tides on average are 1 foot higher than our monthly maximum tides, so when we experience 2 feet of sea level rise in the future (the high sea level projection for 2050 is approximately 2 feet) then the King Tides will cross that threshold potentially tidally inundating thousands of acres of former tidelands,” the report states. “We have located critical utility and transportation infrastructure on these former tidelands that are vulnerable to sea level rise.”

“Some areas, we’ll need to retreat and some areas we’ll need to protect,” 3rd District Humboldt County Supervisor Mike Wilson said. “We’re going to have to evaluate the costs and the benefits of all of those. Some of these changes may be beneficial to some other uses and not to others. Do you protect them, do you move them, do you remove them?”

For now, the county is working to update a more than 30-year-old planning document for its coastal lands, known as a local coastal program. The plan for the Humboldt Bay region has not been updated since 1982. Wilson said efforts are underway to begin updating the plan this year and potentially having a draft for the California Coastal Commission’s consideration by the end of the year. 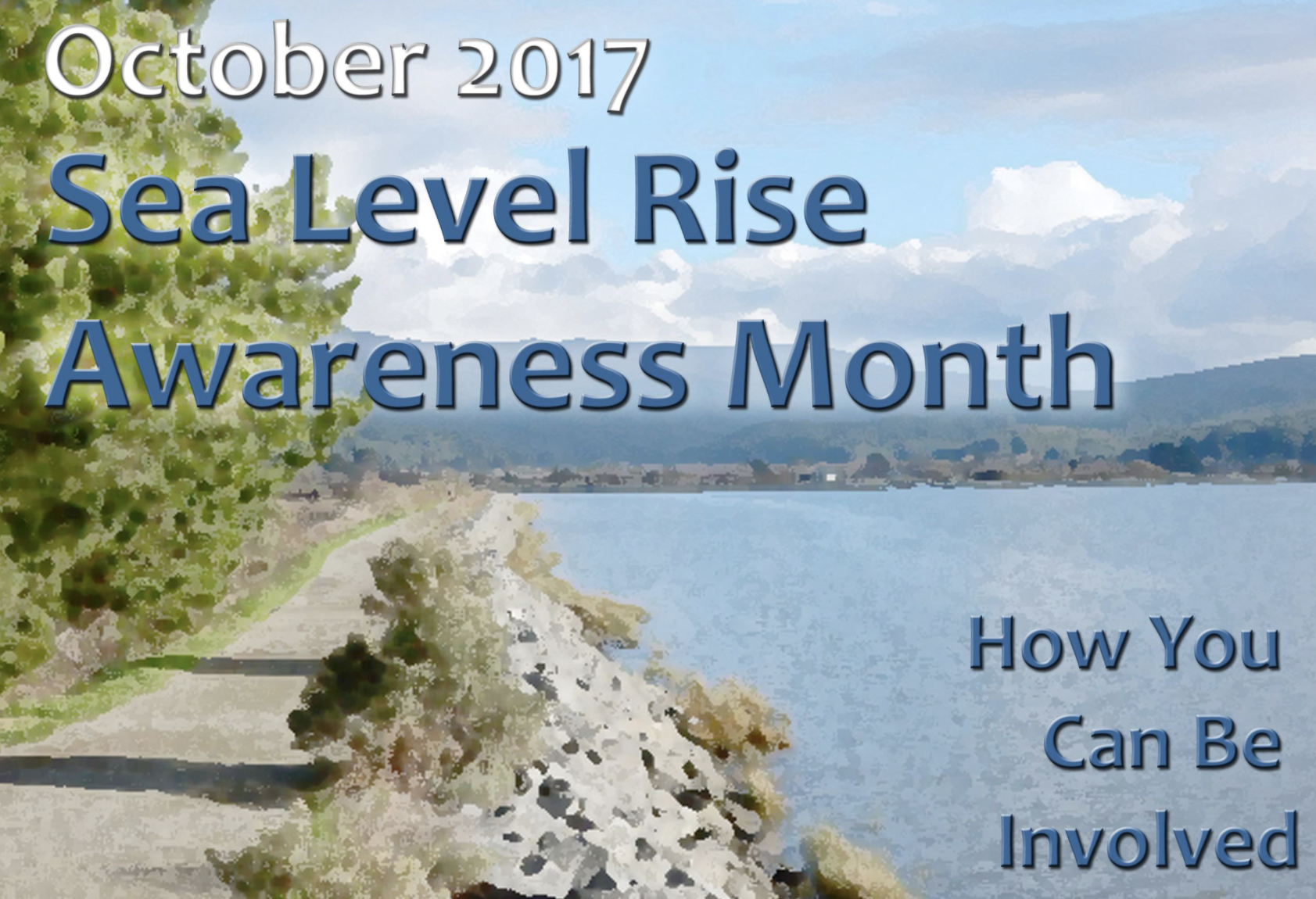 On October 7, the City of Arcata will host a trail walk at 1 pm and a presentation at 2:30pm at the Arcata Marsh Interpretive Center to discuss potential effects of sea level rise, and strategies the City Council is considering in response.