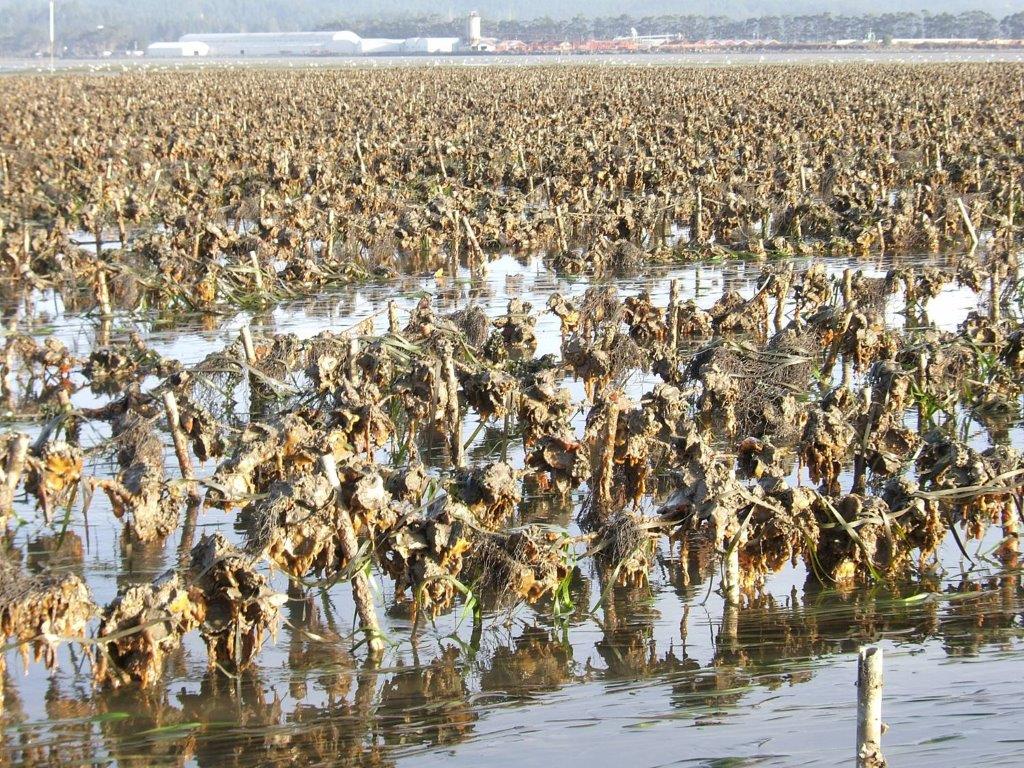 Two proposals for expanding shellfish production in North Humboldt Bay are currently under review by the Humboldt Bay Harbor, Recreation, and Conservation District, which is serving as Lead Agency for environmental review.

Both projects will require permits from the California Coastal Commission, Army Corps of Engineers, and Regional Water Quality Control Board. Resources agencies will also weigh in, including the California Department of Fish & Wildlife, U.S. Fish & Wildlife Service, and National Marine Fisheries Service.

Coast Seafoods Permit Renewal and Expansion Project: Coast Seafoods, the largest oyster grower in Humboldt Bay, is proposing to expand its footprint from 296 acres to 910 acres. Comments on the Draft EIR are due Dec. 31.

The Mariculture Expansion Pre-Permitting Project: The Harbor District proposes to add 550 acres of production, primarily for oysters, but also for edible seaweed and Manila clams. A public hearing was held on March 4 on the Draft Environmental Impact Report (DEIR). Written comments were due March 12. Next step: Final EIR.

State and federal agencies have No Net Loss policies for eelgrass due to its importance to many species of fish and wildlife. Eelgrass is also thought to buffer the effects of ocean acidification, which lowers pH during upwelling events, interfering with marine organisms’ ability to form shells. Indeed, low pH of sea water has been causing major problems for oyster producers in Washington and Oregon for years.

Humboldt Baykeeper and the Northcoast Environmental Center are reviewing these proposals and submitted comments on the need to avoid or mitigate impacts to eelgrass, shorebirds, migratory waterfowl such as black brant, recreation, and cumulative effects of both proposed projects.