Mayor: 'We cannot extract water to the point of it running dry'

The Trinidad City Council on Wednesday afternoon unanimously approved a study of the city’s water needs, an effort the council framed as necessary preparation for the general future but which most in the public interpreted as a precautionary step ahead of a major hotel development that could rely on the city’s water supply.

The study would include five separate tasks, including an assessment of the city’s current water source, the Luffenholtz Creek; a search for alternative sources of water supply; and developing new city policies to address potential draught.

“It’s very, very important we understand the timeline of this going forward,” said Richard Johnson, a member of the citizen’s group Humboldt Alliance for Responsible Planning, a functional watchdog of the hotel in its early planning.

“My concern is we will put the cart before the horse … that we won’t have the facts and data and public review ready in time for when a decision (on the hotel) needs to be made,” he said.

But Trinidad Mayor Steve Ladwig and other council members emphasized that “with or without” the hotel, studying the Luffenholtz Creek’s effectiveness as a water source is crucial for a distant future with an uncertain environment.

“We cannot extract water to the point of it running dry,” Ladwig said. “During low flows, the city simply cannot get to a point where we can’t expect water.”

Commissioners made clear during the nearly two-hour hearing in San Diego that the main consistency issue lies with water, and namely whether the city of Trinidad has the capacity to supply water to the project. The city currently has several studies underway but can’t commit to providing water to the proposed five-story hotel adjacent to Cher-Ae Heights Casino until they are complete, which is expected to happen before August.

Multiple commissioners lamented that the Bureau of Indian Affairs, which has jurisdictional oversight of the project because it is on sovereign tribal land, repeatedly declined staff requests to postpone Wednesday’s hearing until the commission’s meeting in August, which would have allowed for more local input and — potentially — completion of the water studies. Before the vote, several commissioners indicated they intended to vote to object to the project at this time but urged the Rancheria to resubmit its application so it can be heard at the August meeting.

Even with the rejection, multiple commissioners asked the tribe to reapply for approval as soon as it figures out the issues with water supply and the project’s visual details. Commissioner Donne Brownsey urged the tribe in the “strongest possible terms” to try again.

As controversy over a proposed hotel in Trinidad comes to a head this week at the state Coastal Commission meeting, more than 1,300 people have signed a Change.org petition calling for more public input on the project.

The petition calls for a delay to the Coastal Commission’s public hearing for the project. At its meeting this week in San Diego, the commission is set to discuss the hotel’s consistency with California’s coastal policies.

The commission’s August meeting is set to take place at the Wharfinger Building in Eureka. And more than 1,300 people, at press time, have signed a petition asking the commission to hold off until then so that local residents can speak their mind about the project.

“What we’ve tried to do is provide a forum for people to learn about the issue and voice their concerns,” said Ted Pease of the Humboldt Alliance for Responsible Planning, the group that started the petition.

As it has in the past, the commission’s staff ahead of this week’s meeting has recommended an objection to the project’s consistency with state law. While most of the staff’s previous objections have been cleared up, staff members still report issues with the hotel’s height and water supply. 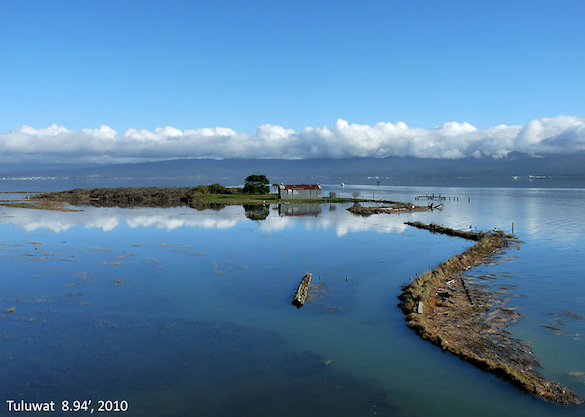 The Humboldt Bay Symposium was held on April 11 and 12 in Eureka. Featuring sessions on sea level rise, ecological restoration, ocean science, and economic development, the symposium provided the public an opportunity to learn about the latest developments on a variety of current Humboldt Bay issues.

If you weren't able to attend the Symposium, or if you just want to go back and see one of the talks again, they are now posted online via Access Humboldt HERE. For the full program, click HERE.