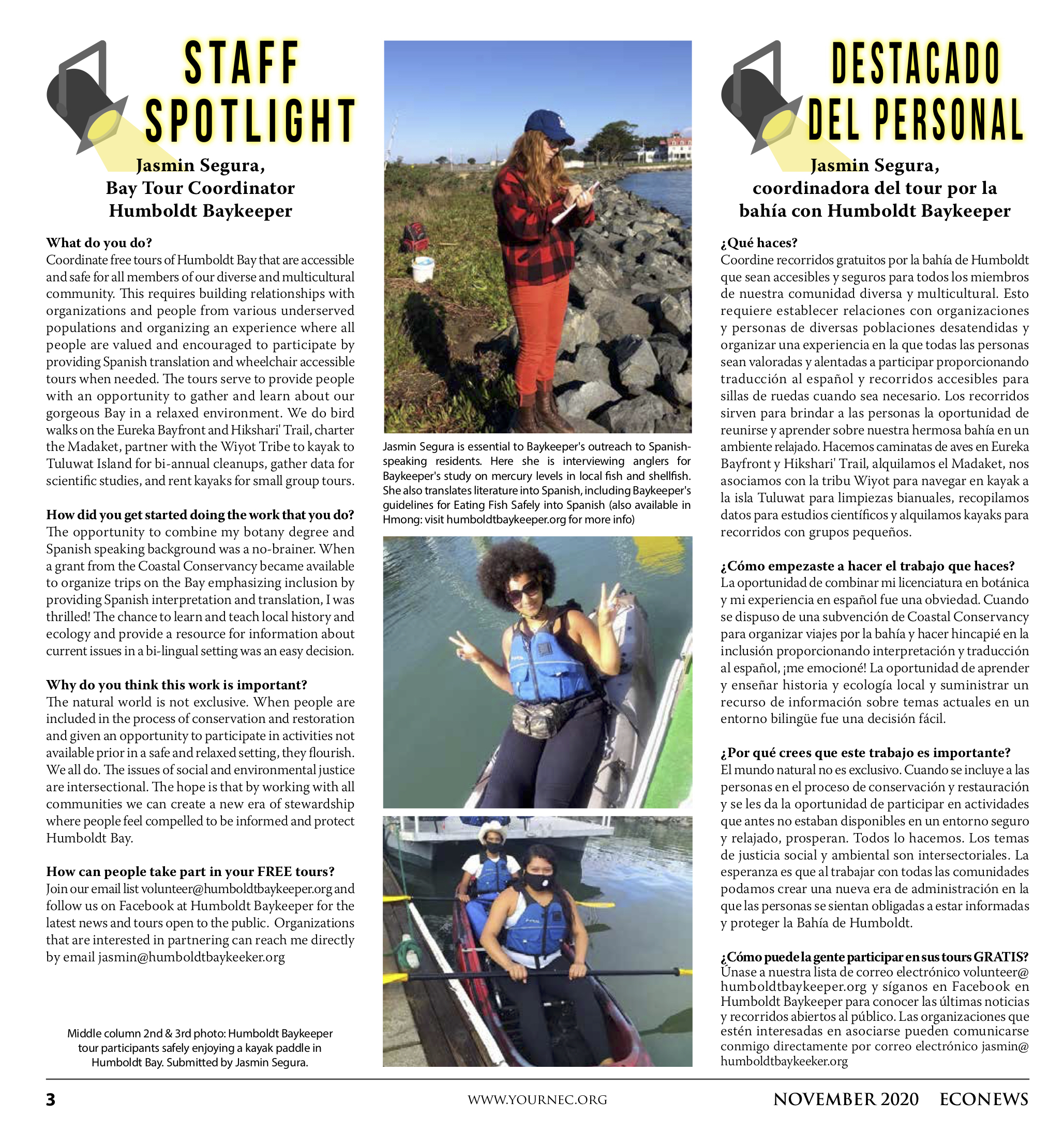 Jasmin Segura does a lot more than coordinate our Bay Tours: she works with diverse communities to create a new era of stewardship where people feel compelled to be informed and protect Humboldt Bay. Thanks to EcoNews for interviewing Jasmin on her thoughtful, caring approach to people and the planet!
Read more ...

Call Humboldt Baykeeper at (707) 499-3678 to report a spill after business hours, or if you prefer to remain anonymous. Please take photos if possible.

For spills in Humboldt Bay:

For spills in or near storm drains (which drain to creeks and Humboldt Bay):

Humboldt Baykeeper’s Jen Kalt is one of nine women featured in the Times-Standard's Monday Magazine, a new publication celebrating local women in business.

Kalt says that the lack of enforcement of many environmental laws in Humboldt County is “severe” and criticized decision makers who she said have “enabled” businesses to operate outside of those laws.

“I think that’s an injustice to the people who believe in running their business in ways that follow the laws and protect the environment and community,” she said.

“Industries come and go, but the bay and rivers, if we destroy them, they’re gone forever.”