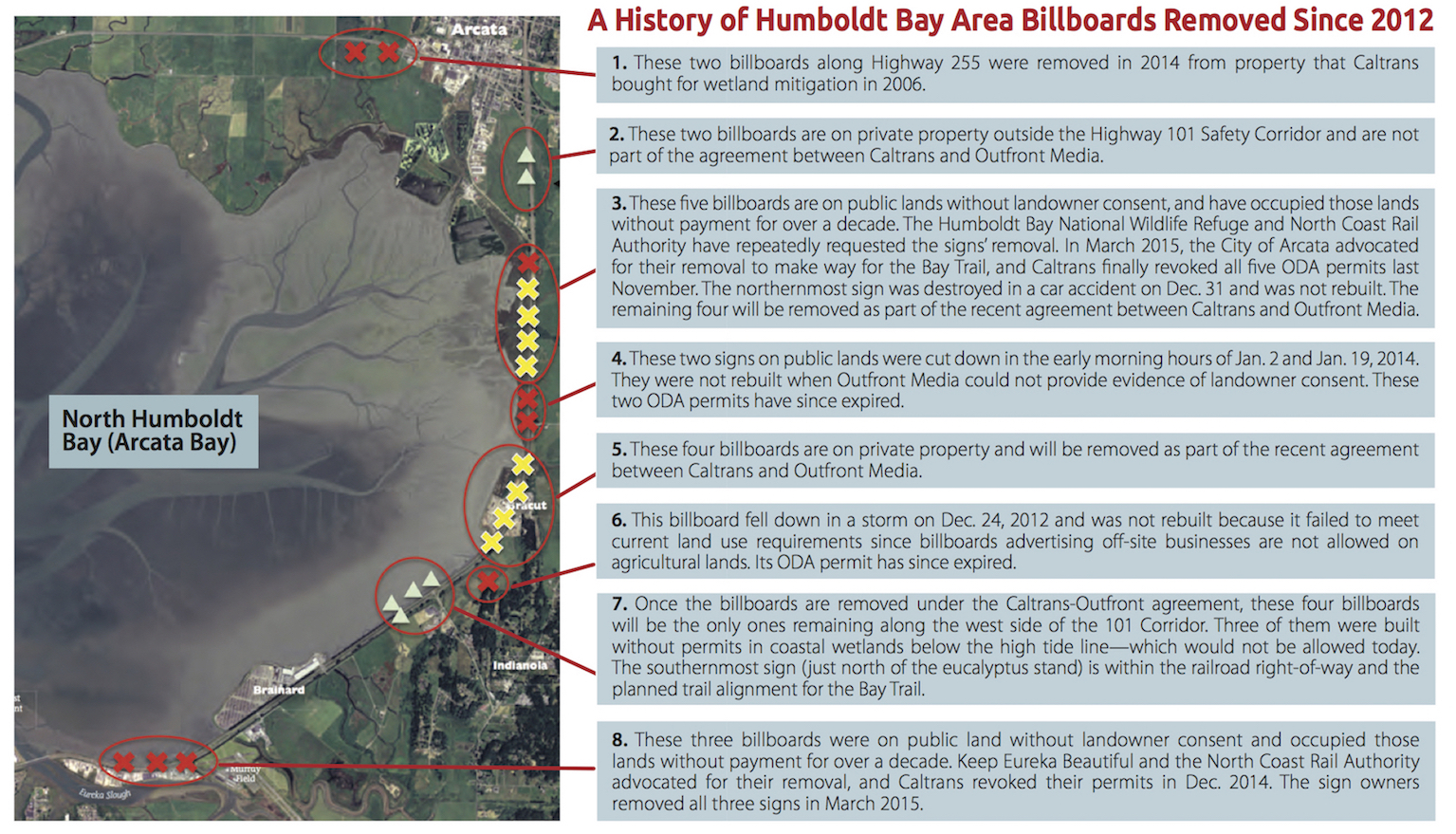 The Highway 101 billboards along Humboldt Bay were built before the modern era of building permits and environmental protection. The Caltrans Office of Outdoor Advertising in Sacramento (ODA) is charged with regulating billboards along highways according to the Outdoor Advertising Act.  The ODA issues permits for billboards, but counties and cities can enact local regulations like those adopted by the City of Arcata in 1999.

In September 2013, Caltrans applied to the Coastal Commission for the go-ahead to develop the Highway 101 Safety Corridor Improvement Project which consists of a proposed interchange at Indianola Cutoff, a traffic light at Jacobs Avenue, and closure of all other median crossings between Arcata and Eureka. The Coastal Commission gave conditional approval contingent upon removal of all billboards along this section of highway, construction of the Bay Trail, and a thorough assessment of how the project will accommodate projected sea level rise. Since the Coastal Commission decision, the ODA has finally taken action to remove billboards that have been on public lands without landowner permission for decades.

Local activists and residents, including Humboldt Baykeeper, have called for removal of billboards along Humboldt Bay for many years. Thanks to California Coastal Commission, Humboldt Bay National Wildlife Refuge, City of Arcata, Caltrans District 1, Humboldt County Association of Governments, Keep Eureka Beautiful, and the MANY individuals who worked so diligently to permanently rid this part of Humboldt Bay of billboards, this dream will soon be a reality. There will be a few more left to remove, but, for now, we are celebrating this good news!