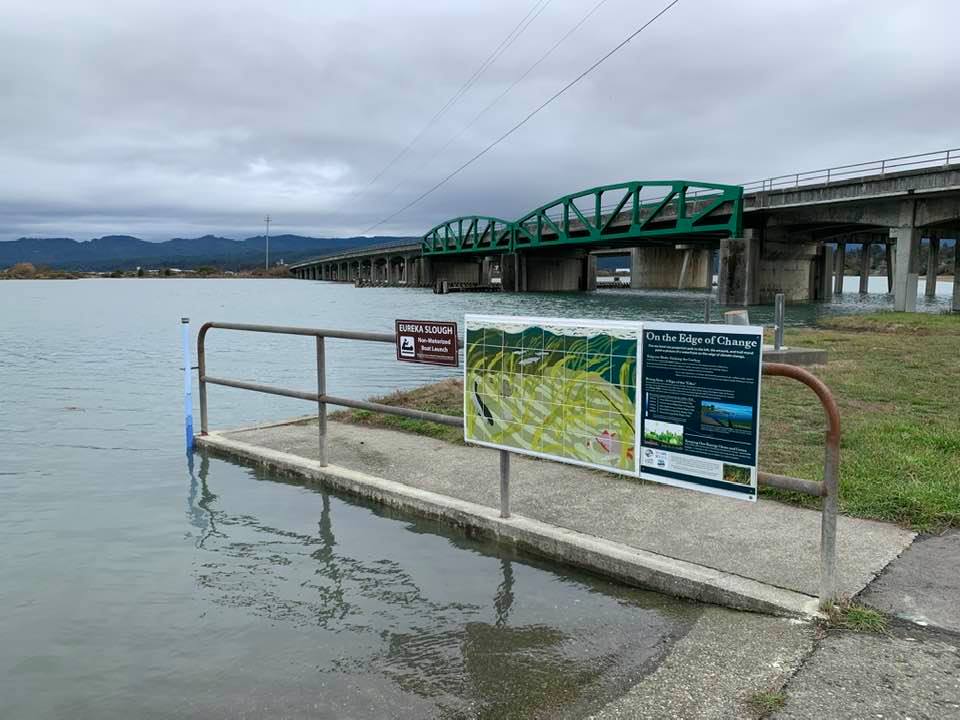 King Tides are the highest tides of the year which happen during full or new moons around the winster solstice. They provide a glimpse into the future, when higher tides will become more frequent as sea level rises.

On the north end of Eureka, along Eureka Slough just behind Target, there's a pole showing the height of the water level. And there's a sign explaining the relationship between certain water levels and scientific projections of sea level rise.

According to the latest projections, sea level in the Humboldt Bay area will rise 1 foot by 2030, 2 feet by 2050, and 3 feet by 2060. The primary impacts from sea level rise are increases in flooding and erosion. Sea level rise will expand the area vulnerable to flooding during major storms, which will cause more frequent—and more damaging—floods over larger areas.

On December 13, 2020, the hgh tide reached nearly 8.9 feet at the Eureka Slough boat ramp (photo: Denise Newman). This will be the height of average daily high tides when sea level rises 2 feet. 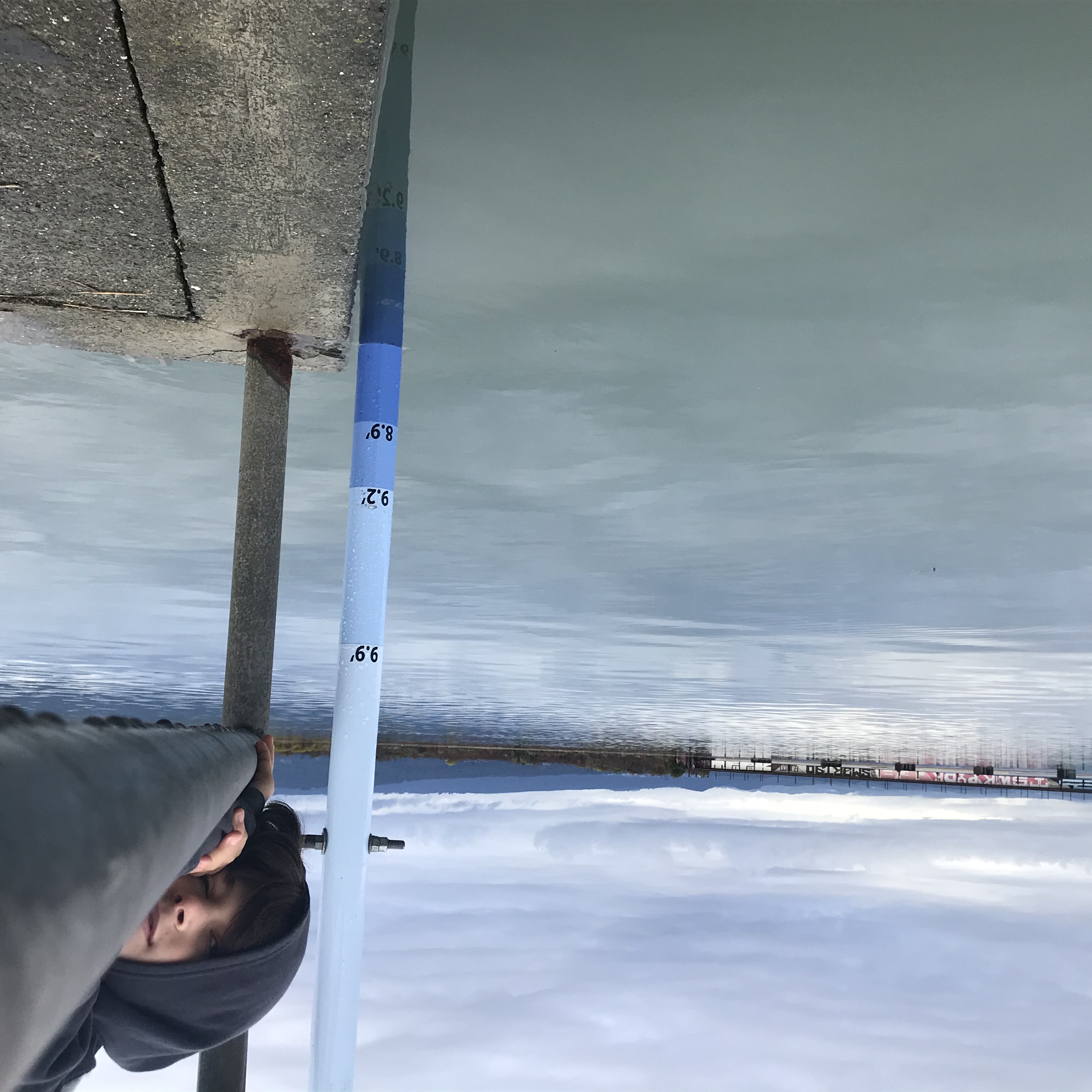 How we will plan for sea level rise remains to be seen. Local and state government agencies are beginning to recognize the need to plan for roads, bridges, and other public infrastructure in low-lying areas.

The section of U.S Highway 101 just north of Eureka Slough is expected to flood monthly by the year 2030. Sewer treatment plants, natural gas lines, water and sewer lines around Humboldt Bay are in low-lying areas vulnerable to sea level rise.

King Salmon, Fairhaven, and Fields Landing will be the first communities in Humboldt County to face increased flooding as sea level rises. Many residents are wondering whether new development should continue to put people and property at risk in these areas.

Coastal habitats like salt marshes are also at risk unless they can migrate inland to higher ground as sea level rises. And groundwater will become more saline in low-lying areas currently managed as pasture land.