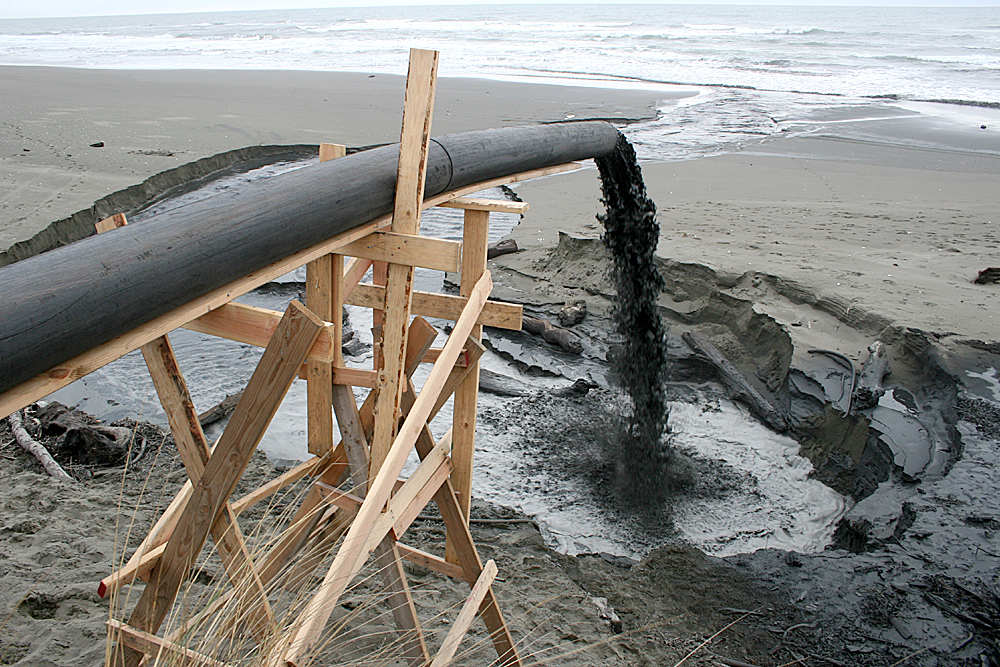 The Humboldt Bay Harbor District and City of Eureka are just beginning to present to the public options for disposing of dredge spoils from their marinas – as they’d resolved to do back in 2007.

A decade ago, a lack of planning erupted into controversy when the Harbor District insisted on ignoring EPA guidance and instead asked to dump 200,000 cubic yards of sludge on Samoa Beach.

Due to what had become a dire need for dredging, the California Coastal Commission reluctantly approved allowing the bay mud to be pumped through a pipe over the dunes, where it was then spilled out onto Samoa Beach. But the Commission, along with the U.S. EPA and California Dept. of Fish & Wildlife, made clear that any future projects must be better planned and that a similar project would not be a viable option. In 2008, the Coastal Commission reasserted this stance (No dredge spoils on beach, agency insists – Eureka Times-Standard).

Yet 10 years later, we find ourselves with both the City and Harbor District planning to convince the state and federal agencies to approve beach disposal again – and again claiming emergency circumstances.

One thing that has changed since 2007 is that the Harbor District now owns a dredge, as well as the former pulp mill, including the mill’s 1.5-mile long ocean discharge pipe. Humboldt Baykeeper and the Surfrider Foundation support meaningful consideration of using this ocean outfall to dispose of dredge spoils, as well as evaluating all other reasonable options, as long as sediment testing shows the material is not contaminated.

Last Thursday, Harbor District Commissioners directed staff to plan a workshop with permitting agencies and interested public to discuss alternatives. This Tuesday, City of Eureka staff will inform councilmembers of options. But so far, both the City and Harbor District are pushing to once again dump bay sludge on one of Humboldt County’s most popular beaches, impacting public access, creating visual blight and rejecting the direction they were clearly given last time the community spoke out about this matter.

We support dredging the marinas and agree that it has been urgent for some time, but it is clear that the Harbor District should have begun this process many years ago.