PG&E is in the final sta 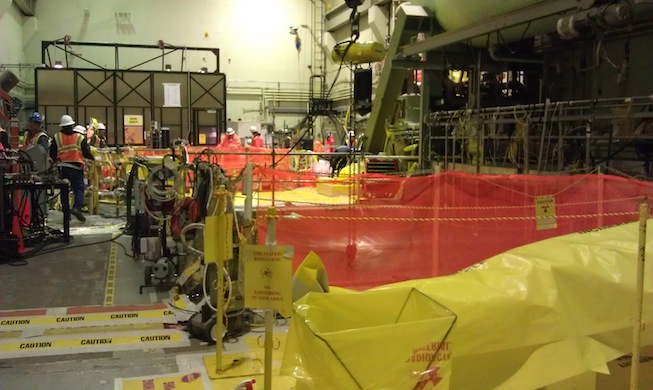 ges of decommissioning Unit 3 of the Humboldt Bay Power Plant, the former nuclear power plant that operated from 1963 to 1976. PG&E will hold a meeting to update the public on the current status of the decommissioning on Wed. June 19, 6 to 8 p.m. at the Wharfinger Building, 1 Marina Way in Eureka.

The nuclear power plant, Unit 3, was commissioned in August 1963, and operated as a 65 megawatt natural circulation boiling water reactor with Atomic Energy Commission License #7. Unit 3 was shut down in 1976 for refueling and seismic upgrades. Repairs subsequently extended the planned shutdown period and in that interval, there were significant changes to nuclear safety standards for reactor operation and design.

Ultimately, the decision was made that further modifications were not economical, and that Unit 3 would not be restarted. In 1983, PG&E announced its intention to decommission Unit 3, and in 1986, PG&E requested an NRC license amendment for SAFSTOR, a condition which would permit Unit 3 to store nuclear fuel, but not operate. This SAFSTOR license was received in 1988.

The HBPP Nuclear Decommissioning Project was approved by the PG&E Executive Project Committee on October 6, 2009.

The decommissioning of Unit 3 is scheduled to be complete by December 31, 2015. Work at HBPP involves a number of projects, some completed, and some continuing.