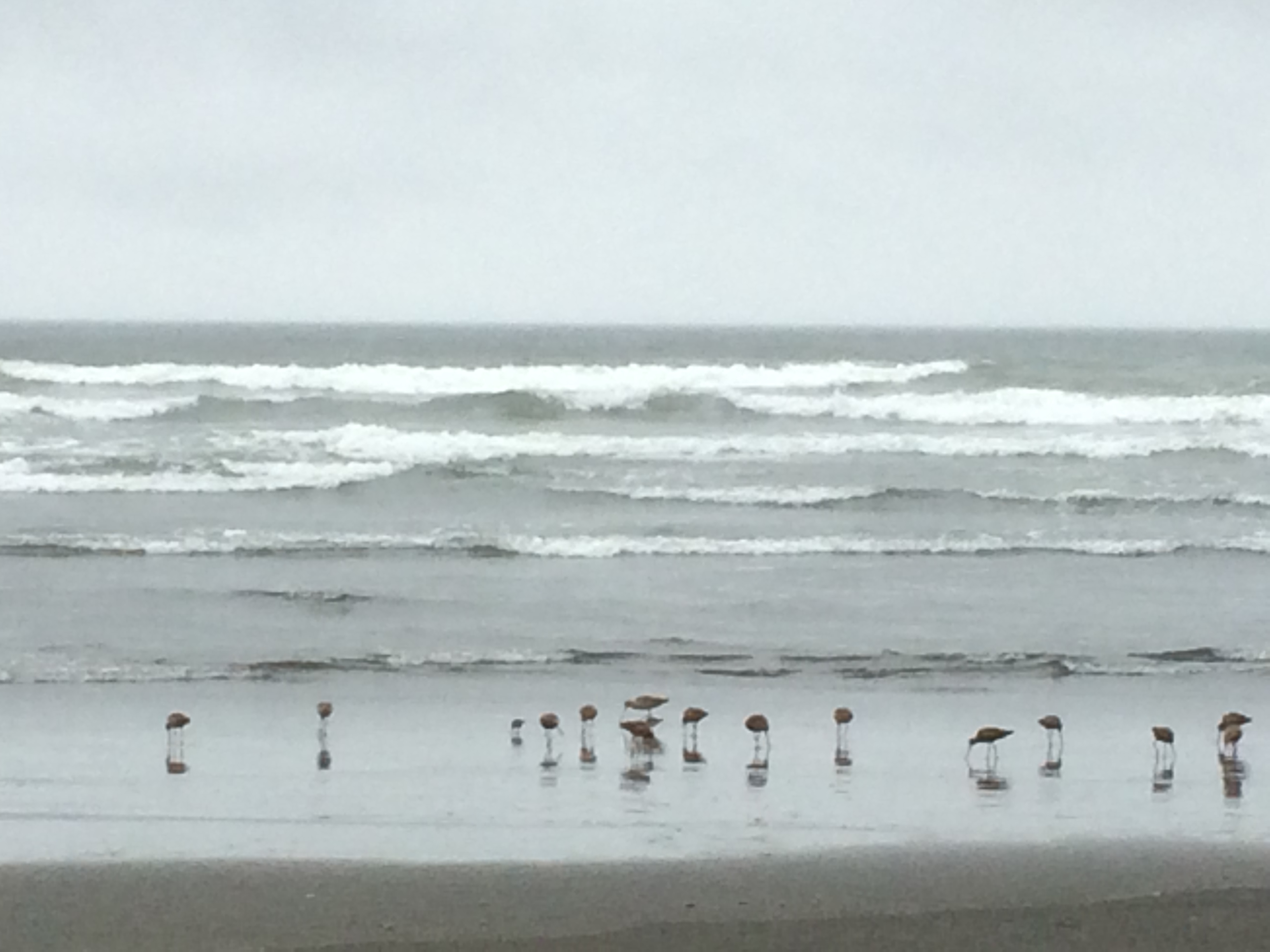 Clam Beach landed on Heal the Bay's “Beach Bummer” list of California's most polluted beaches for the seventh time in 11 years, getting an 'F' for water quality on the latest Beach Report Card.

But after years of research, we now have a better sense of the source of this pollution thanks to a new study by Humboldt County's Public Health Lab Manager, Dr. Jeremy Corrigan.

In short, Dr. Corrigan’s research identified birds as the primary source of pollution at Clam Beach, while cattle are the main source upstream in Strawberry Creek.

"Clam Beach is frequented by birds, which adds to the allure of its location and should be celebrated not feared." from Corrigan et al. Microbial Source Tracking Approach to Investigate Fecal Waste at the Strawberry Creek Watershed and Clam Beach, California, USA. Int. J. Environ. Res. Public Health 2021, 18(13), 6901.

These bacteria are indicators of potential harmful pathogens that include viruses. At certain concentrations, these pathogens can cause gastrointestinal distress (nausea, vomiting, diarrhea) or infections in exposed wounds in surfers and swimmers. Young children are especially vulnerable, since they are more likely to swallow water while playing.

Fecal pathogens originate in the guts of warm-blooded animals. They get into streams and ocean waters via polluted runoff (known as stormwater) that flows over land, streets, and parking lots into storm drains. They also get into Humboldt Bay, requiring oyster growers to stop harvesting after major rainstorms. Gut bacteria die once they are outside the bodies of their host animals, although viruses are longer-lived. Because North Humboldt Bay (Arcata Bay) is rigorously tested to be sure it’s safe to eat raw oysters grown there, we know these pathogens are present at very low levels in the bay when it hasn’t rained in a few days.

The County Department of Environmental Health Ocean Monitoring Program has been monitoring several beaches for fecal indicator bacteria since 2003. Clam Beach, Moonstone, Luffenholtz, Old Home, and Trinidad State Beach are all on the Clean Water Act 303(d) list as “impaired” due to bacteria pollution. This year, Heal the Bay gave ‘B’ grades to Moonstone and Trinidad State Beach, while Luffenholtz got a ‘C.’

Using genetic markers to detect bacteria from humans, cattle, dogs, and birds, Dr. Corrigan’s research identified birds as the primary source of pollution at Clam Beach. This is good news in that fecal bacteria from birds are generally less likely to cause water-borne illness in people when compared to human sources – but as with most scientific studies, questions remain. For example, we still don’t know how much these pathogens vary with season, since the samples were collected in an 11-hour period in August 2020. In addition, this fairly new field of science is still evolving rapidly. A December 2020 publication determined that sites with both bird and human bacteria pollution may pose greater health risks to people than previously understood.

Dr. Corrigan and his team also studied Strawberry Creek upstream from Clam Beach,  collecting samples from 13 sites in the watershed over an 8-week period. These results point to cattle as the main source of fecal pathogens. Just few bird and dog markers were detected, with even fewer from humans. Although residences in the watershed rely on septic systems for treating human waste, this study does not point to septic systems as a source of bacteria pollution.

While Clam Beach got an ‘F’ for water quality near the mouth of Strawberry Creek, bacteria levels near the mouth of the Mad River were consistently so low that it got an ‘A+’ this year. One might wonder how water quality can vary so much in such a short distance, especially since there seem to be just as many (if not more) birds near the Mad River mouth. But the volume of water flowing from the Mad River is so much greater that it’s likely that it pushes the polluted water out into the ocean much faster and further than Strawberry Creek ever could.

Additional studies are needed to identify the sources of water pollution at Moonstone Beach at Little River and other beaches. Streams that drain into North Humboldt Bay’s oyster-growing areas are also in need of source identification studies. One is currently underway in Jolly Giant Creek in Arcata, which had quite a few hits for human pathogens in a 2016-18 coastal pathogen study led by the North Coast Regional Water Quality Control Board.

Regardless of the sources, you can avoid exposure to bacterial pollution by swimming and playing in the surf away from creek mouths and stormwater discharge pipes – this is a good rule of thumb wherever you are. Another general rule is to avoid contact with water for a few days after major rainstorms.