Looks like the company that owns all those billboards between Arcata and Eureka just recently found out that the Coastal Commission wants them all torn down. It's response? "You can't make us!"

That's a rough translation of the comically wordy lawyer-speak contained in a letter from attorney Anthony M. Leones of Miller Starr Regalia on behalf of CBS Outdoor Inc., owners of the billboards. What Leones actually wrote was, "The illegalities that inhere to these proposed actions are of a constitutional size." (Jeepers!) 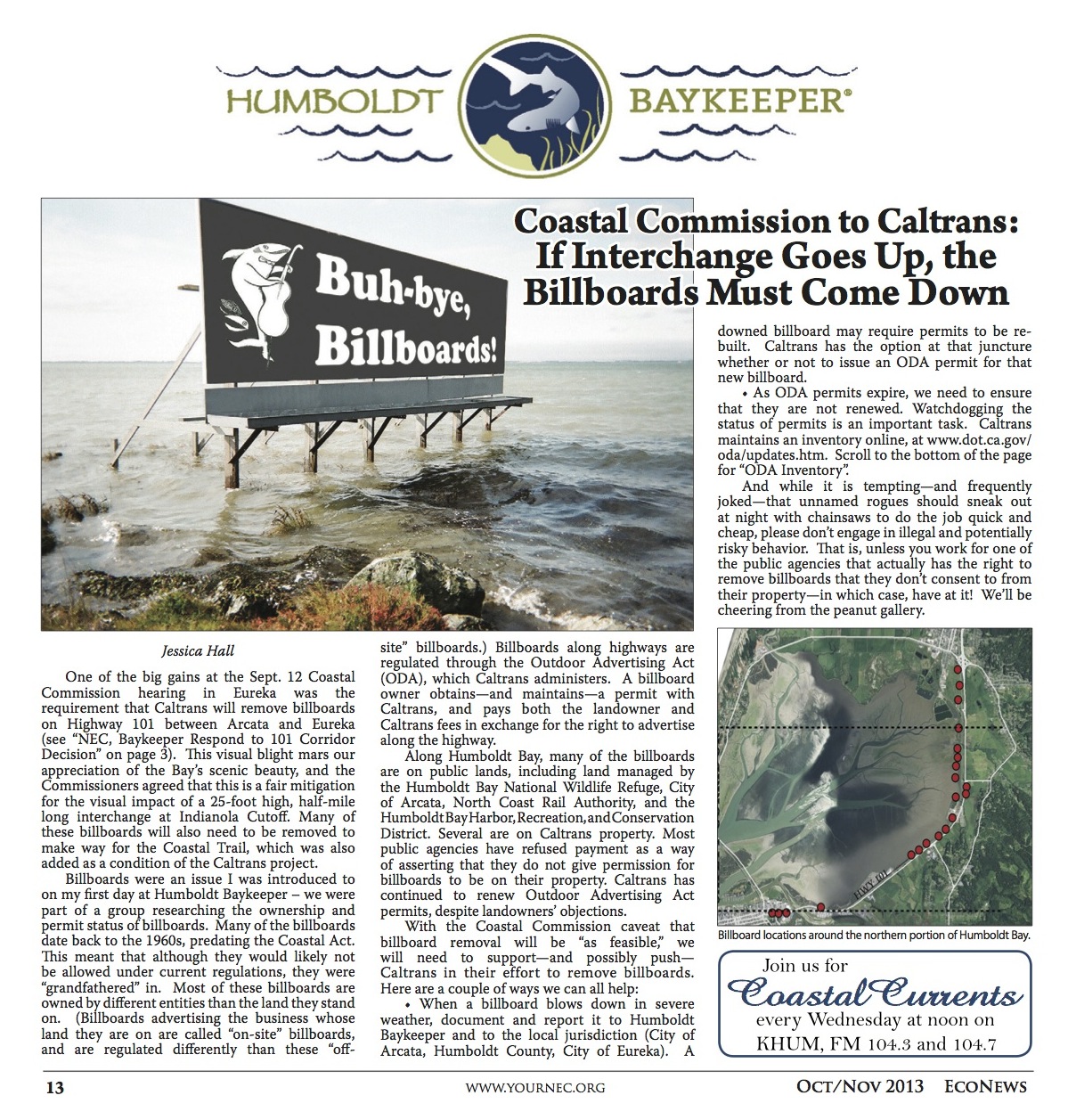 Which billboard or other signage do you think uglies up 101 along the bay more than any other, either because of where it is or what it looks like? Take a gander at the candidates below. Then click HERE to cast your vote.

The signs are on the North Coast Railroad Authority right-of-way between Arcata and Eureka on U.S. Highway 101. But the rail authority doesn't want them there, and is trying to have them removed.

But billboard owner CBS Outdoor won't budge, according to county Supervisor Clif Clendenen, the county's representative to the NCRA board, despite a lawsuit the board has filed. Clendenen described CBS' retention of the billboards as “trespassing on public property.”