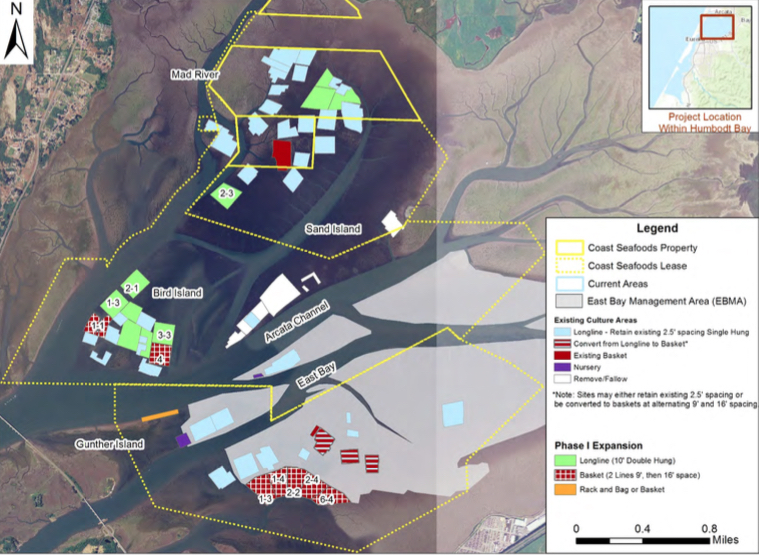 Coast Seafoods’ proposed shellfish expansion has been decreased from 622 acres to 256 acres, with removal of existing culture on 62 acres, for a net increase of 190 acres in two phases. A new alternative was developed to avoid impacts to eelgrass, black brant, and Pacific herring by eliminating expansion in the “East Bay Management Area.” Existing culture will be removed from 64 acres near Sand Island to lessen impacts to green sturgeon.

The Final EIR and associated documents are available HERE.

Written communications may be directed to:

or by email to This email address is being protected from spambots. You need JavaScript enabled to view it.

The proposed project will also require Coastal Commission approval, and its Coastal Development Permit will be the subject of a public hearing at a later date.