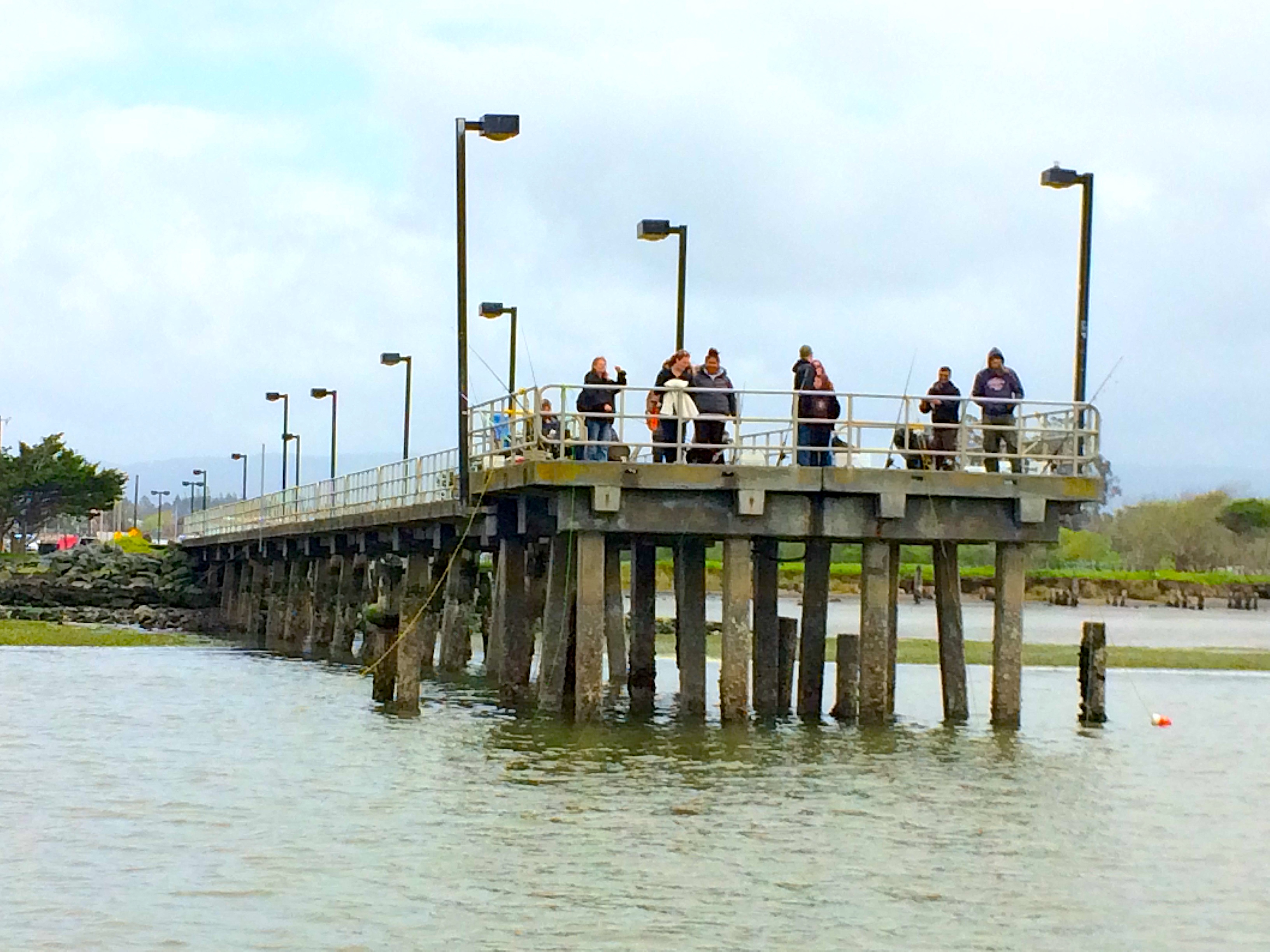 UPDATED! Humboldt Baykeeper has been testing mercury levels in local fish since July 2016 with funding from the California Environmental Protection Agency. We’ve found that most local fish are safe to eat in moderation—with a few exceptions.

Click HERE for the revised 2021 guidelines on Eating Fish Safely.

Click HERE for the 2021 report on mercury in fish caught in nearshore ocean waters.

Click HERE for the 2018 Report on fish and shellfish from Humboldt Bay.

Eating fish has health benefits—as long as it is low in mercury, which tends to bioaccumulate in bigger, older fish. Although most mercury exposure in the U.S. is from eating fish, it’s important that people don’t avoid all fish because of the health benefits related to its high protein/low fat content, omega-3 fatty acids, and vitamins A, B, and D.

Why study mercury in fish?

Mercury is a neurotoxin that is especially harmful to children. It can cause slight decreases in learning abilities, language skills, attention, and memory function. At lower levels, symptoms include fatigue, muscle and joint pain, memory loss, and numbness or tingling around the mouth. At higher levels, symptoms include loss of coordination, numbness or tingling in the hands or feet, blurred vision or blindness, hearing loss, and speech impairment.

During the study, we interviewed a Shelter Cove fisherman who suffered mild effects from elevated mercury levels. He was eating local rockfish 3-4 times a week. Within three months of changing his eating habits, his mercury levels decreased.

In 2012, a state agency reported on its survey of contaminants in coastal fish. The highest mercury levels in California were found in leopard shark from Humboldt Bay. High mercury levels were also found in bottom-dwelling copper, China, and gopher rockfish caught along the North Coast.

The source of mercury in Humboldt Bay is unknown, other than atmospheric deposition from coal-fired power plants around the world. High mercury levels have also been found in largemouth bass in Ruth Lake (Study Finds High Mercury Levels in Ruth Lake Fish, Oct/Nov 2010 EcoNews).

The good news is that most caught fish and shellfish from Humboldt Bay have low to moderate mercury levels. However, lingcod over 10 pounds or 28" long should not be consumed by women under 45 and children, whereas lingcod under 10 pounds or or 28" long are safe to eat once a week. Leopard shark should be avoided by everyone, regardless of age and gender. They are long-lived predators that eat high on the food chain, bioaccumulating mercury and other toxic chemicals like PCBs and dioxins.

General tips for choosing low-mercury fish are to mostly eat smaller, younger fish or shellfish like crabs, oysters, clams, and mussels. A good general rule, when eating fish from a store or a restaurant is to only eat one serving of fish per week, unless you know it is high in mercury (in which case don’t eat it at all).