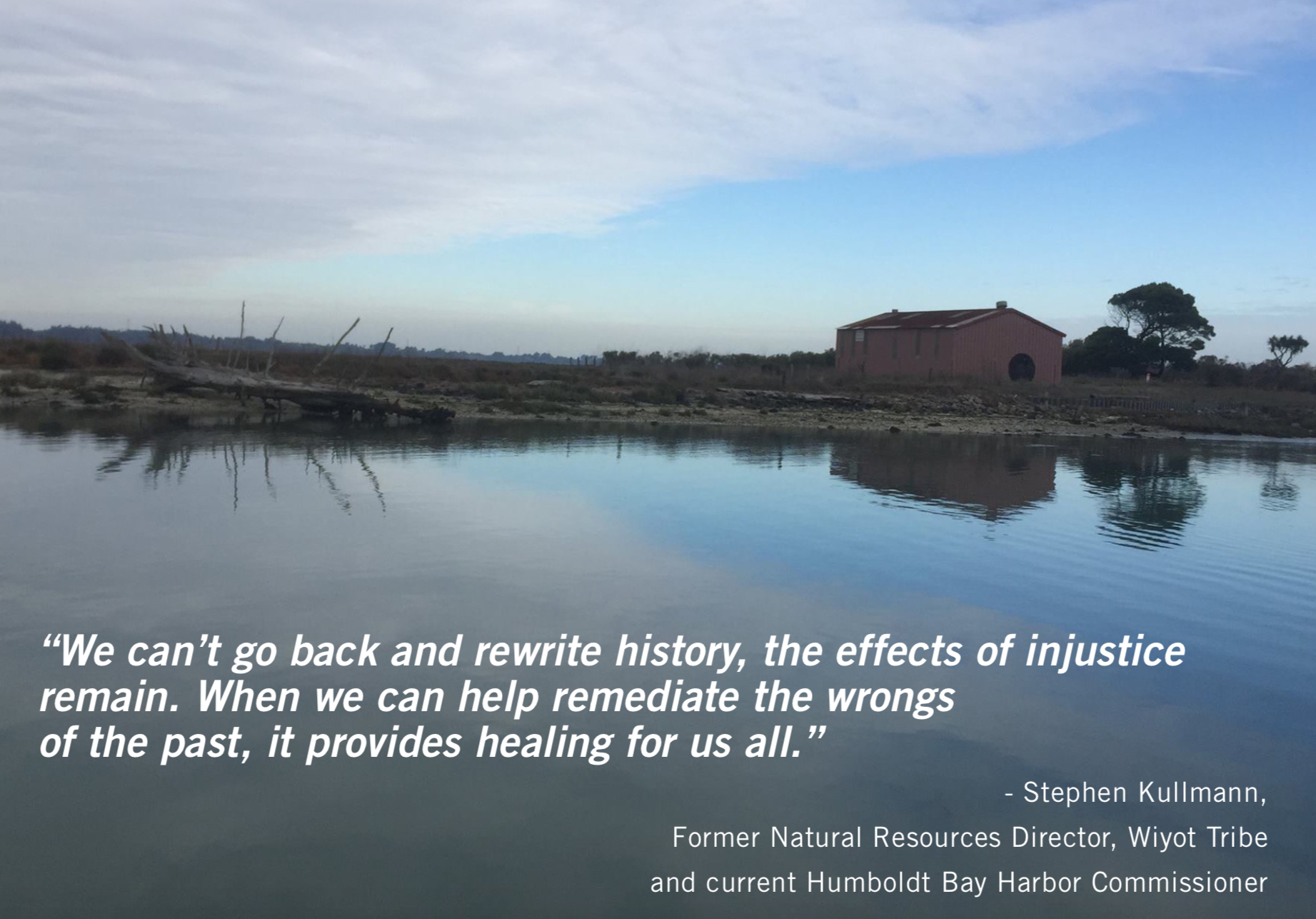 On the August edition of Baykeeper’s EcoNews Report, Jen Kalt interviews Ted Hernandez, Michelle Vassel, and Tim Nelson, of the Wiyot Tribe about the return of Indian Island to the tribe, the cleanup of the contaminated former boatyard at Tuluwat Village, and the recent revival of the tribe’s World Renewal ceremonies that were interrupted in 1860 by brutal massacres.

Indian Island is the spiritual center of the universe for the Wiyot Tribe. In 2001, the tribe purchased 1.5 acres for $106,000. In 2004, the City of Eureka returned 40 acres to the tribe, and as in the process of returning an additional 202 acres.

To read more about the long path to regaining control of the island, the cleanup of the village site, and the first U.S. EPA Site Reuse Award ever granted to a tribe, see Environmental Stewardship and Cultural Preservation on California's Coast: The Tuluwat Village Site on Indian Island in Humboldt County, California.